Our mission is to let students know what sustainability is and how we can work together to achieve great things, which offers a broader and more solidary world perspective, as well as facilitating the installation of the solar system in schools.
The goal is to create a more sustainable future by acquiring knowledge about electricity consumption, saving thousands of euros in utility costs, reducing greenhouse gases and educating the community about the importance of energy conservation and the optimization of resources.
Children and young people will work with proposals for action against climate change and the reduction of the carbon footprint, always committed to the planet. Thanks to our solar installation you will save many kWh of electricity and thereby reduce the impact of many millions of CO² that would reach the atmosphere.

In addition, it can be avoided 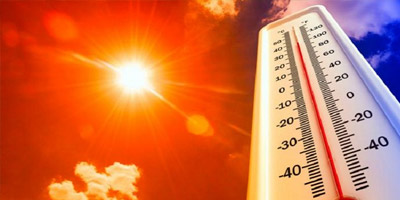 Guarantee that the average temperature of the planet is a matter of concern. The results show a grim outlook. "If we do the best we can, which is the Paris Agreement, it will still have a high impact, which is quite bad", "but if we do nothing, the majority of the world's population will be affected by These heat waves, which is worse. "This is a topic that should be taught in schools What can we do to prevent global warming ?: Enhance renewable energies - Decrease car use - Plant trees - Recycle - Choose efficient household appliances - Decrease water consumption - Minimize the use of chemical products.
MORE DROUGHT AND FOREST FIRES

The pro and the cons: Global warming is "absolutely" linked to the waves of forest fires and heat waves. Uncontrolled fires fueled by weather, wind and dry brush, not to mention the damage caused by arsonists. Forest fires can burn hectares of land and consume everything in their path in just minutes. Although they are often harmful and destructive to humans, natural forest fires play an integral role in nature. They return nutrients to the soil by burning dead or decaying matter. They also act as disinfectants, eliminating diseased plants and harmful insects from a forest ecosystem. And by burning thick trunks and thorny brush, forest fires allow sunlight to reach the forest floor, allowing a new generation of seedlings to grow.
CHANGES IN THE LIFE CYCLES OF PLANTS.

An increase in global temperatures may be driving trees and plants to produce fruit and flowers sooner or later than before. Throughout the world, plants depend on the signals from their environment, including changes in sunlight, temperature and rainfall, to determine when to start producing leaves, flowers or fruits. The climatic variables cause changes in the natural process of the plants, such as increasing concentrations of CO², increasing global temperatures, altered precipitation patterns and changes in the pattern of "extreme" climatic events such as cyclones, fires or storms. The study of this phenomenon is known as "plant phenology". This could have great consequences for many animals that depend on the flora to obtain food and shelter, including those that need the nectar of flowers to survive, such as bees and hummingbirds, as well as animals that feed on the fruits of the plants. tropical trees, that is, great apes, monkeys and parrots, etc.
STRONGER STORMS 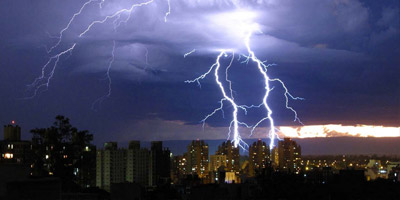 Due to climate change, more and more significant impacts are being experienced in more extreme weather patterns, such as stronger storms that disturb national economies and affect lives, costing people, communities and countries dearly. Climate change is affecting all countries on all continents and if concrete actions are not taken, it will continue to increase. Storms have the potential to damage lives and property through storm surge, heavy rain or snow, which cause flooding or obstruction of roads, lightning, forest fires and vertical wind shear. The poorest and most vulnerable people are the most damaged.
All this is due to human activities.
Students who wish to participate will not only learn the knowledge and tools necessary to face the fight against climate change, but will develop skills and abilities such as teamwork, cooperation and solidarity, among others, with the aim of knowing and ensure natural resources and improve our community.